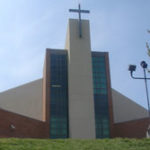 On Sunday, April 9, 1922, a small group of Christians led by Reverend J.S. Williams assembled in what was commonly known as Father Wagnor’s Church (the Interdenominational Church), located near 26th and Franklin Streets, for the purpose of organizing a church. The following ministers were called to serve on the council to establish the policies according to the Baptist doctrine: Reverend C. Cobb, Reverend E. Green and Reverend Z.E. McGhee, who then was the Pastor of Pleasant Green Baptist Church.

In 1935 the U.S. Government slummed the area which included Salem’s building. Knowing a move was inevitable, the church purchased property at 2741 Decatur Street and built a frame structure in 1936.

During the first twenty years, Salem saw a succession of pastors; however, in 1944, Reverend J.C. Wade Sr., pastor of the Riverside Baptist Church of Memphis, Tennessee, accepted the position as senior pastor and was installed in July of that same year. Under Pastor Wade’s leadership, the membership grew from 250 to over 1,000. In March of 1971, the structure at 3336 Lake Street was built. The church was completed in April 1972 at an approximate cost of $380,000, with a seating capacity of over 650 in the Sanctuary, 150 in the Chapel, 300 in the balcony & a nursery. An education wing was built with several classrooms to accomodate up to 375 people.

Pastor Wade led the church faithfully for over 40 years, but due to failing health, retired as senior pastor in 1987. On August 30, 1999, he went home to be with the Lord. In loving memory of his tireless leadership, the new church fellowship hall was named in honor of Pastor Wade along with his devoted wife, Mrs. Mary Wade.

In January of 1995, Salem embarked on the “Vision To Victory” campaign to fund a new worship center and educational facility. On April 19, 1998, Salem’s vision was realized with a groundbreaking ceremony, which was held at 3131 Lake Street. This land, formally Hilltop Housing Complex, is now an ‘oasis of hope’.

The new church sanctuary has a seating capacity of 1,300. In addition, Salem has classrooms that can accommodate 375 people, a nursery, a multi-purpose fellowship hall, an administrative wing and ample parking. On January 23, 2000, the Salem family marched from 3336 Lake Street into their new church home located at 3131 Lake Street. After leading the church for over 15 years, Pastor Maurice Watson was called to be Senior Pastor of Beulahland Bible Church in Macon, Georgia, in March of 2004. We thank God for him and his family. God used him in a mighty way to lead Salem to unprecedented growth! Pastor Wade and Watson help position Salem for the future. From relative obscurity in 1922 to a $7.2 million facility today, the Salem Baptist Church has evolved to the forefront of spiritual leadership in his region. 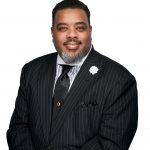 Rev. Dr. Selwyn Q. Bachus was called by God to be the Senior Pastor of Salem Baptist Church in July of 2005. Pastor Bachus preached his first sermon as the new senior pastor on Sunday, Sept. 4, 2005. He hit the ground running, helping to save souls, change lives and impact our community and nation in new ways. His passion for God, love for people, community-based mindset, and focus on reaching out to the unsaved is leading Salem to a whole new level of ministry. 2016 is “The Year of Rejoicing” and “The Best Season of Your Life is Just Ahead!” 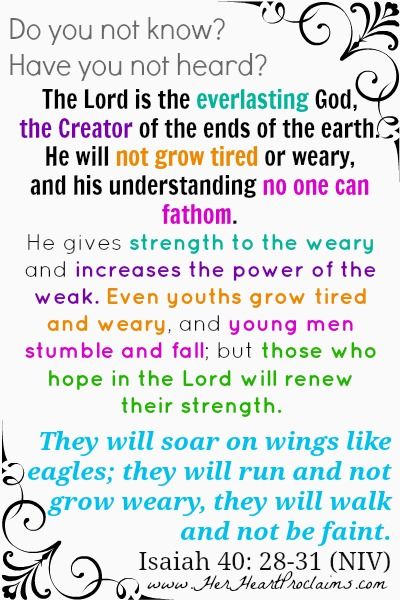 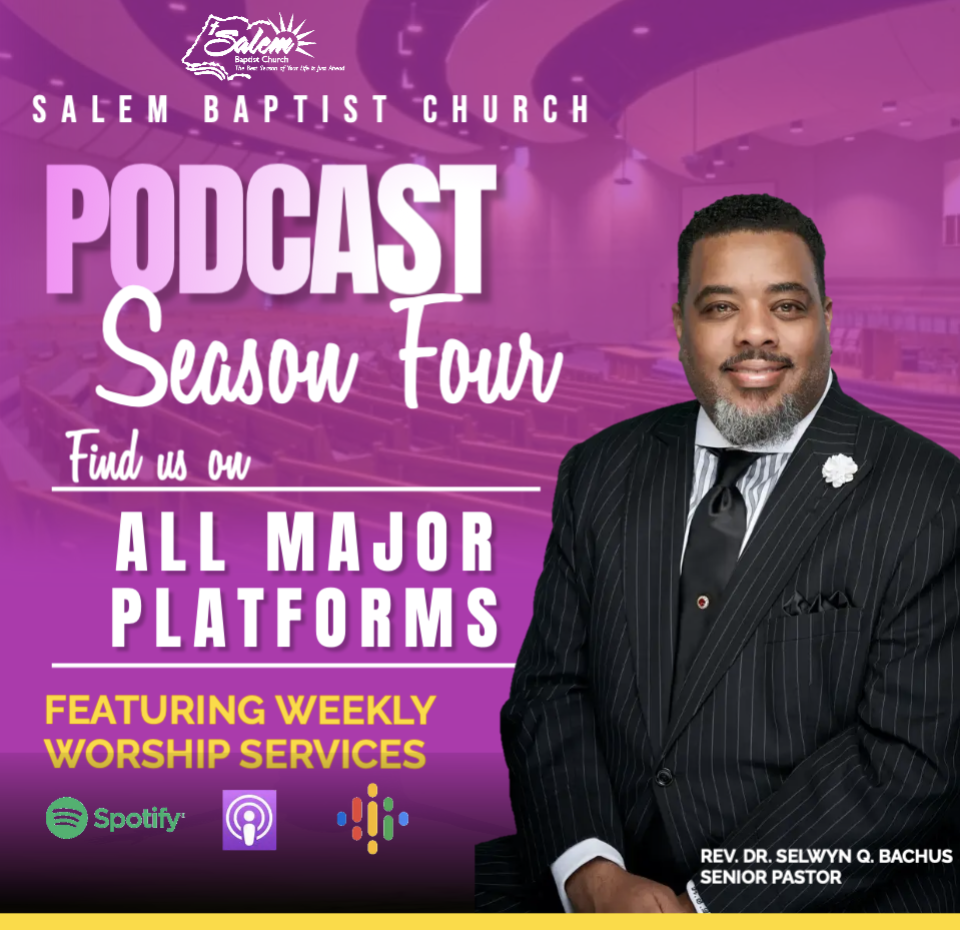 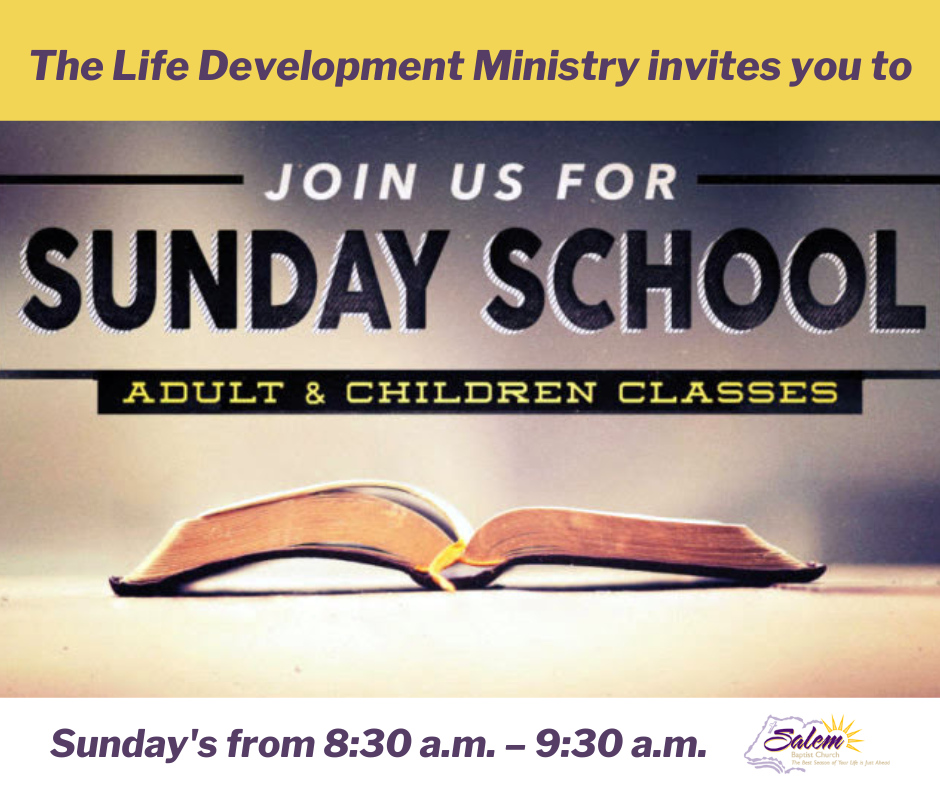 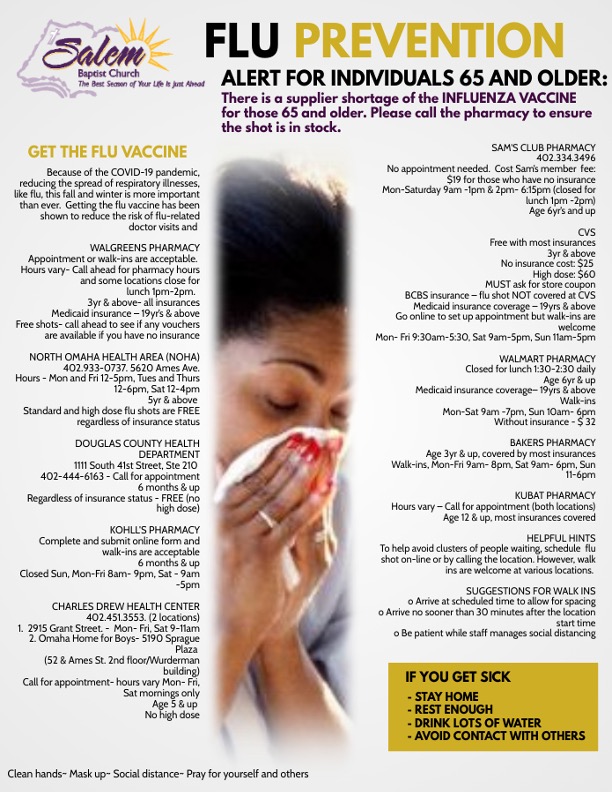 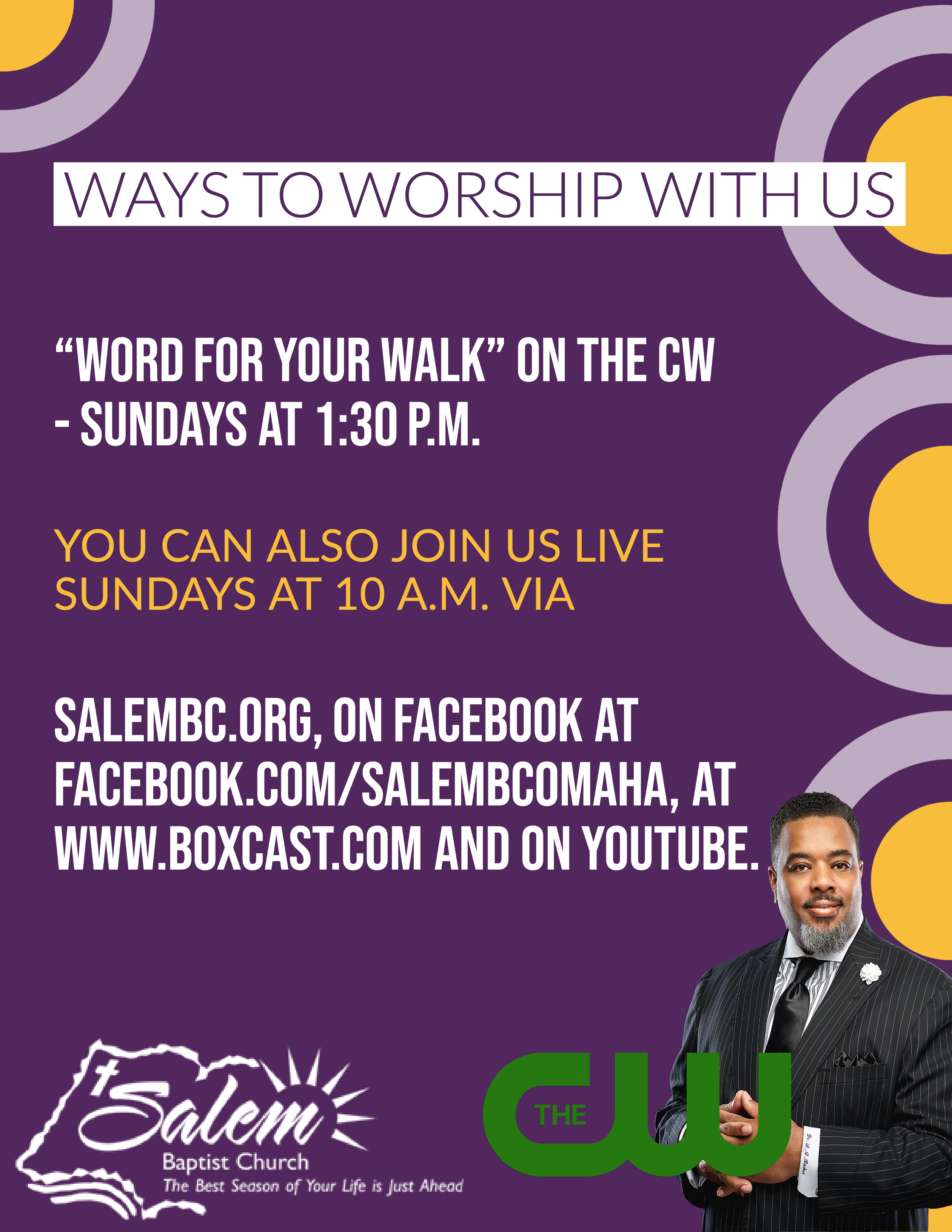 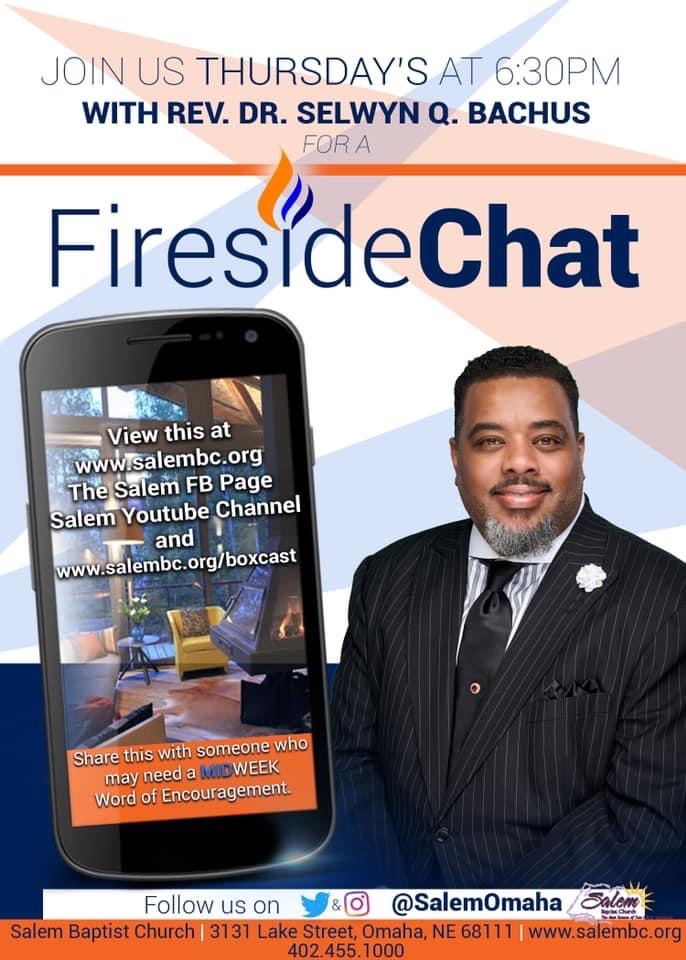 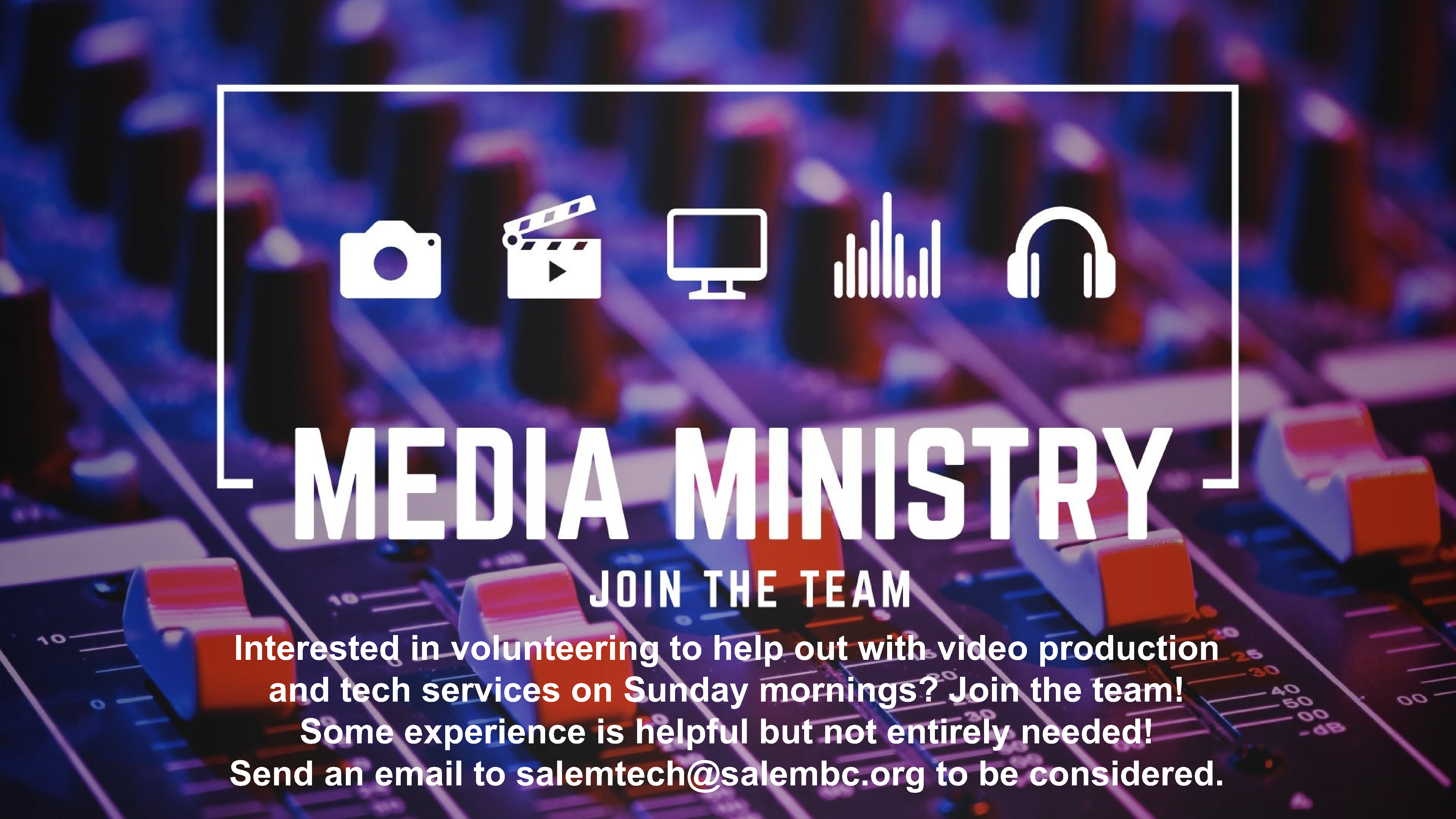 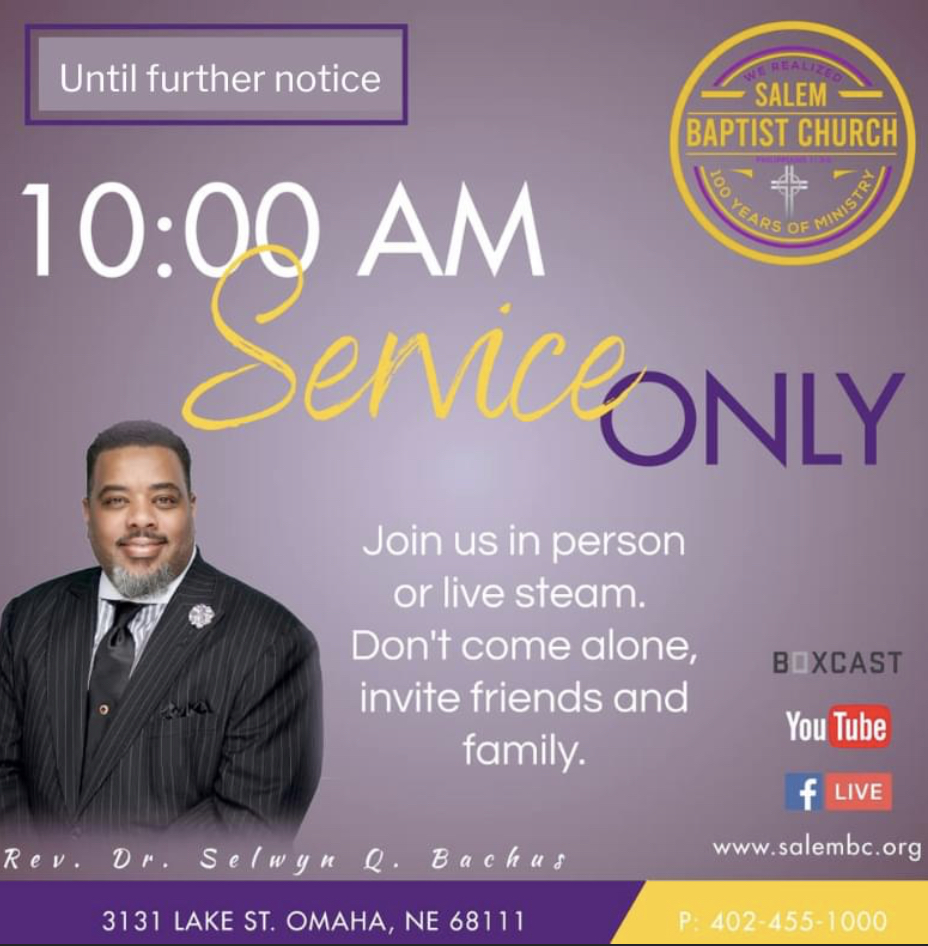 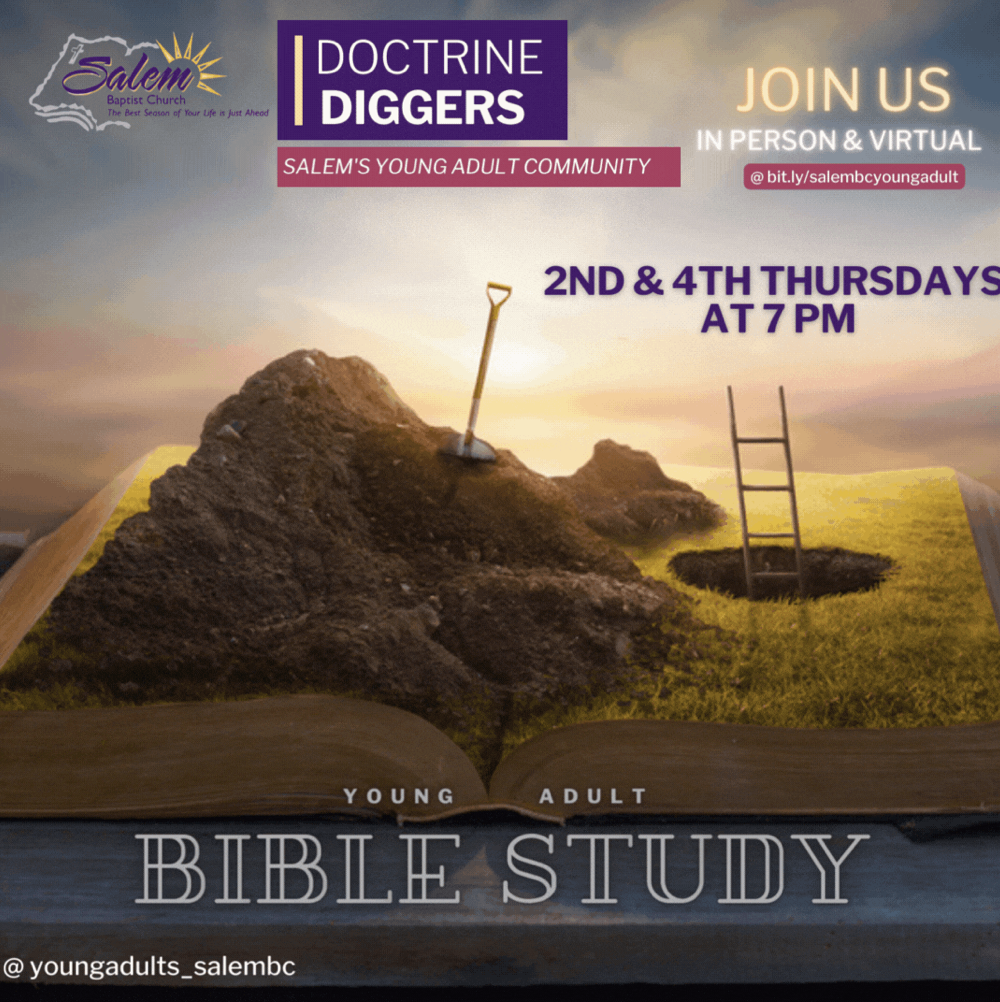 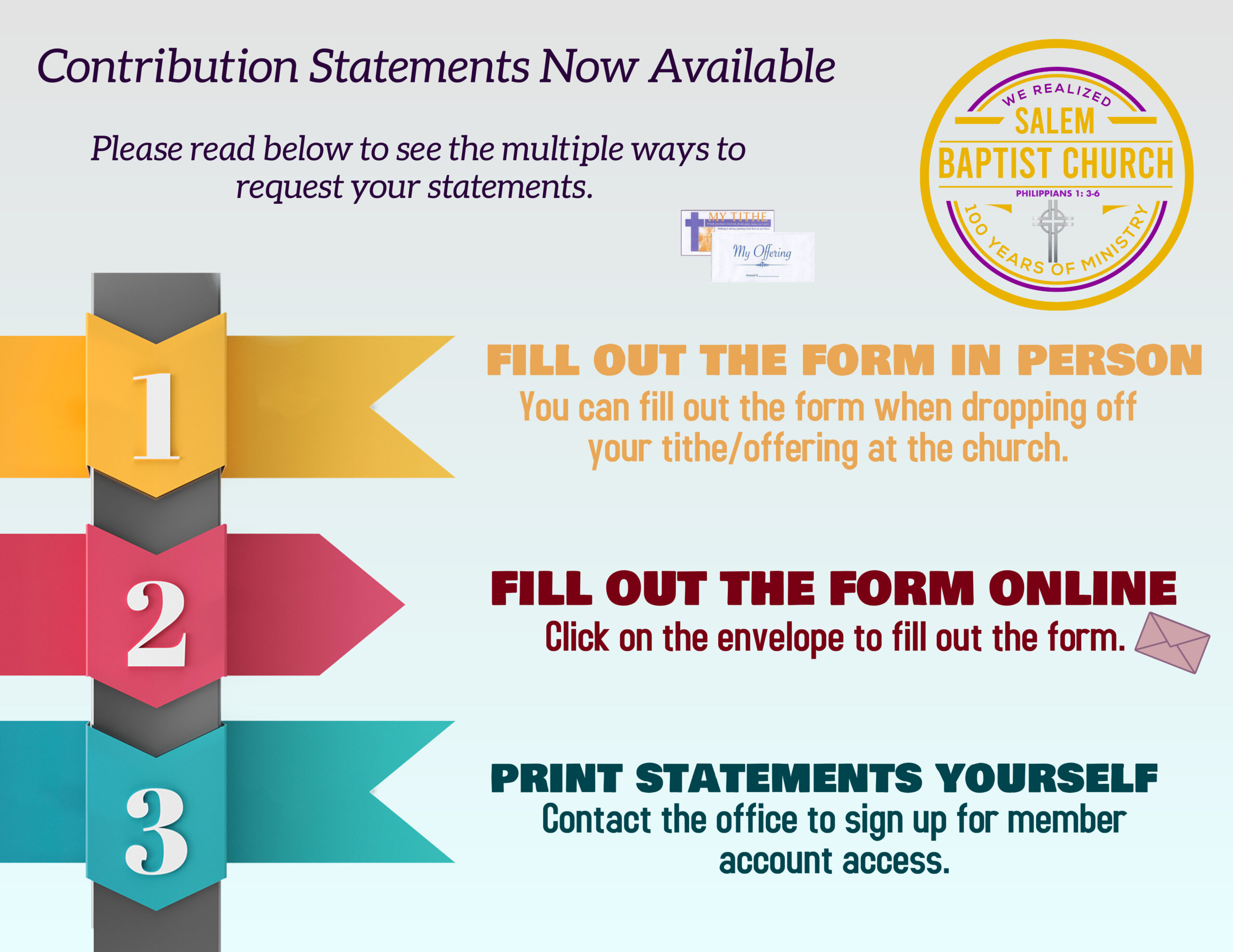 Enter your Email address below.